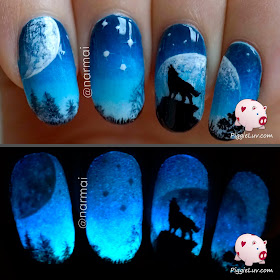 Presenting... twin nails with Skulls & Polish! She picked an awesome image for us to recreate. And for you guys, I have included a video tutorial of how I made my version! Click to see more! 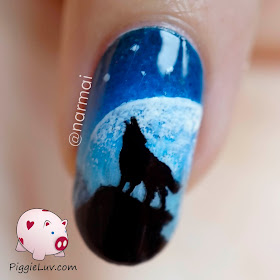 The whole thing glows thanks to - Parrot Polish Linckia, Serum No. 5 Blue Blazes, Indi-glo and Lights Out.

The pigment in my Indi-glo bottle shifted color to a darker, dustier color. It was a problem with the pigment so the maker sent me a new one. I now use both versions because I like the color and it comes in handy!

I freehanded the wolf, trees & stars with acrylic paint and most of the moons too, although I remember using some Serum No. 5 Pure Glow Getter for the stars & moon as well but I don't think they showed up in the glow pic. 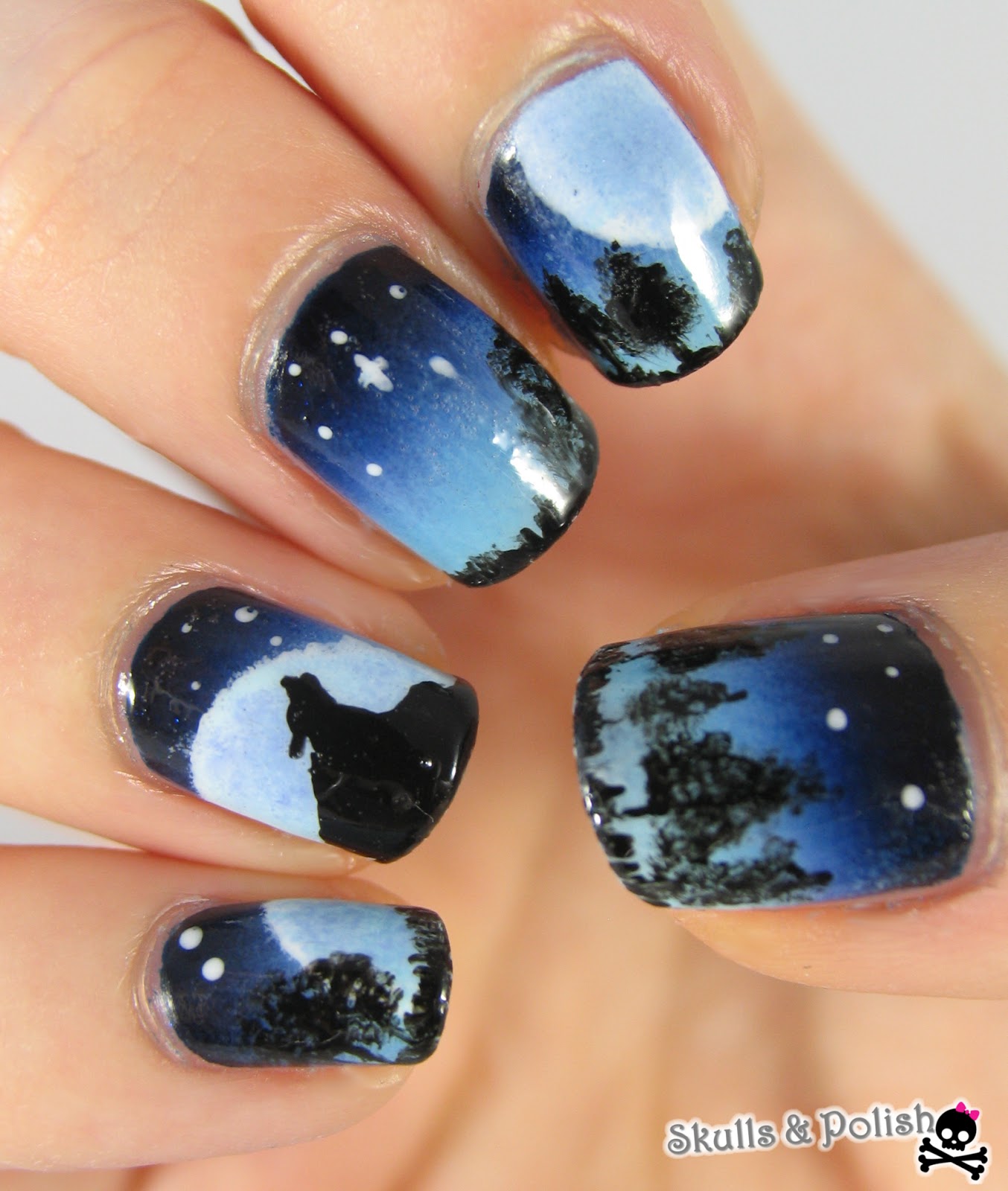 Skulls & Polish was unsure about doing twin nails like these because she hasn't had a lot of practice doing freehand art, but WOW Aurore! You did amazingly well! I loved doing these with you and I really feel I've found a new friend <3 Thank you thank you thank you! 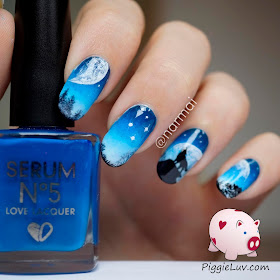 MAN that wolf was tough. It kept turning out weird so I ended up giving my wolf a slightly different pose, so it was more pronounced against the night sky. I knew I couldn't get it to show on the video tutorial so I chose to do the tutorial without the wolf.

The trick I'm doing with the 'fog' is just simply sponging some white acrylic paint, and then patting it down with a (clean, dry) finger to make the effect more subtle. I use this trick a lot!


I received Serum No. 5 Lights Out as a press sample for an honest review. Opinions expressed are 100% my own and not influenced in any way other than the quality of the product itself.
op 7:33 PM
Share