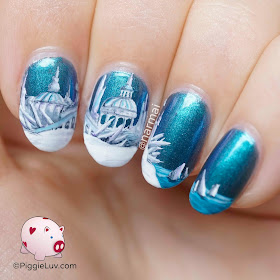 Ice, ice, baby! Feel free to visit the city any time, but be careful not to fall on those spikes because ouchie! 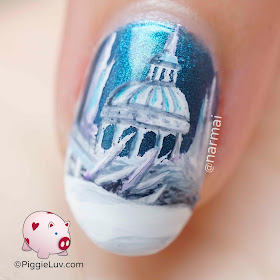 I consider this kind of a fail, probably because the image I had in my head was way more sparkly, translucent and ethereal. But alas, I wasn't able to capture that! I do however like the icy spikes, they have depth and could either be crystal or ice.

I painted the design with acrylic paint and my new #000 detail brush from Winstonia. 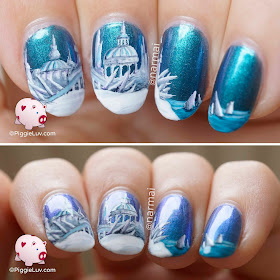 The base I used is a polish called Sky Temple by Masura and it's a duochrome. It goes from electric blue to a blueish purple under the right angle, which is REALLY hard to capture on camera!

I received Masura Sky Temple & the Winstonia #000 brush as a press sample. Opinions expressed are 100% my own and not influenced in any way other than the quality of the product itself.
op 6:57 PM
Share