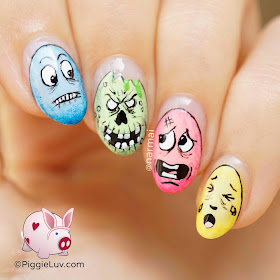 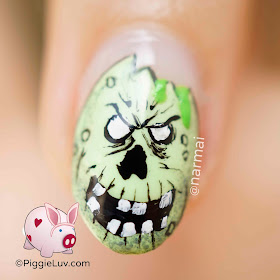 These were made with MooMoo's Signatures April Moon, Bells of Ireland, Forget-Me-Not and Blushing Akito as the base for each egg, and I painted the faces with acrylic paint. I also added some green goo coming from the zombie's head using Serum No. 5 Krypton-brite! 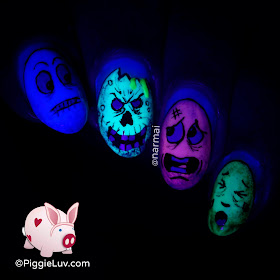 Aaaaand they glow under a blacklight! Note: they glow with UV light, NOT in the dark. Look at that green react though! Makes the zombie a whole lot scarier!

I received MooMoo's Signatures April Moon, Bells of Ireland, Forget-Me-Not and Blushing Akito as a press sample. Opinions expressed are 100% my own and not influenced in any way other than the quality of the product itself.
op 6:32 PM
Share