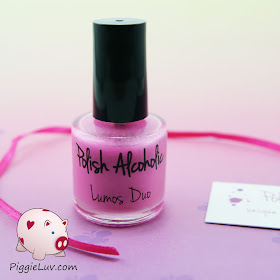 It's Polish Alcoholic time again ladies! I received this polish in the mail today, it's called Lumos Duo and it's right up my alley. I have some amazing sights to show you and a lot of great things to say, so hurry up and continue reading! 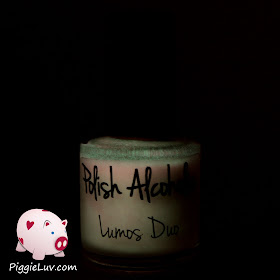 For those of you who don't know, Polish Alcoholic is a Dutch indie brand (yeap, that's right, they exist) and I'm very proud to have a polish maker of this quality based in my own little polish deprived country. Besides her polishes being simply amazing and gorgeous, Sabrina is also really sweet and understanding.

Polish Alcoholic bottles are a bit smaller than the usual full sized bottles, they hold 10ml/0,35oz so they will fit through the mailbox. This keeps shipping low and affordable!

You might also recognize this brand from one of my earlier reviews, check it out here. 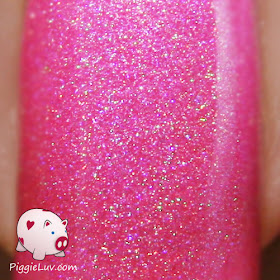 I'm showing you Lumos Duo today! It's a neon pink holo glow in the dark polish (like I said, RIGHT up my alley!) and it's just, whoa, barbie pink :-p

This will be released on February 3rd, so don't miss it! 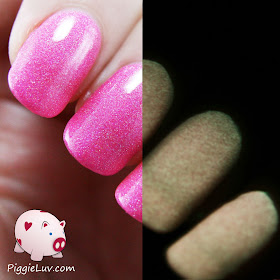 The superpower of this lady is hidden in the glow, it will blow you away! When Sabrina told me she was planning on making a pink glow polish, I didn't have much faith in this plan succeeding. I have some experience with glow polishes and how well some colors glow and others don't seem to want to glow at all. Orange, red and pink are colors that absorb the light, so glow effect hardly shows on these colors. I tried it with Lumos Maxima back in October when I bought it, and it didn't want to show its glow over orange, but glowed SO bright over light blue.

So the fact that this polish IS pink, and still glows brightly, astounds me. I don't know how she did it! But you're seeing the evidence right here... 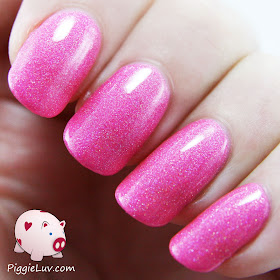 Glow aside, this polish is really something. You might have to get used to the sight of barbie vomit on your nails, but it made my white-ass fingers look like they had a nice tan LOL I remember a boyfriend telling me once that I should wear pink more often, because it made me look more tan (I believe he used the words 'less terminally ill') so this definitely made me look less like I was ready to faint at any minute... or something. 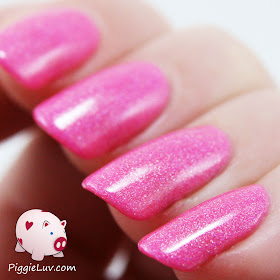 Lumos Duo will reach opacity with 3-4 coats, and it dries like the wind... wait, that's not right... can wind dry? Anyway, it dries really fast, and it's not bumpy like you would expect from a glow polish. 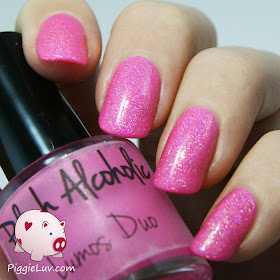 The holo is really bright in Lumos Duo, it shows in a nice glittery shimmery sparkly (pick a word, won't ya) way that makes it obvious that you're not dealing with your average cream polish. 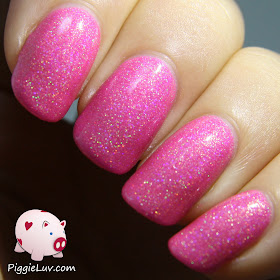 Then when a somewhat brighter light hits your nails, BAM, holo! 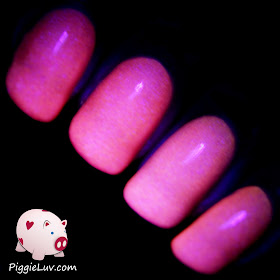 Here's a shot of the neon-ness! And if that's not a word, I'm now officially making it one. Lumos Duo really lights up under a black light nicely. You'll want to get your hands on one because it also supercharges the glow pigment! 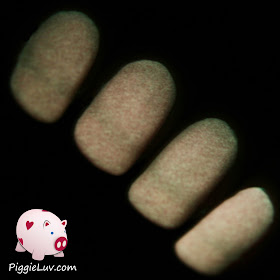 And what do you get when you charge glow pigment? That's right class, glow in the dark! It's so bright, that I could see it glowing in the shadows when it was normal daylight in my room. It's ah-mazing! I never in a million years expected this kind of glow from a PINK polish! 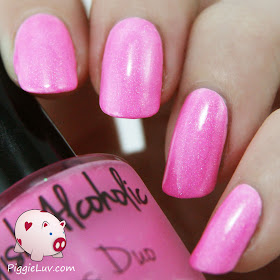 Ofcourse I have a huge curiosity to satisfy, and that brings me to my round of experiments. I wanted to know how Lumos Duo would look and glow over other polishes. In this picture, I layered two coats of Lumos Duo over two coats of white. I had to use two coats, because one coat looked too streaky and vomity (another new word).

I don't like this look. Accompany me in checking out the glow pic next... 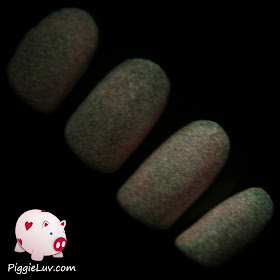 Weirdly enough, this combo didn't glow as brightly as Lumos Duo on its own. Usually glow polishes glow brighter over white, but this lady decided she would be the big exception. I guess we already knew this wasn't an ordinary glow polish when we saw a pink polish glow super bright, huh... okay, next experiment! 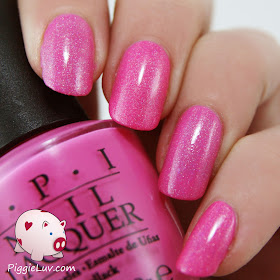 Lumos Maxima is a holo topcoat that glows blue in the dark. It's a tad rough because of the glow pigment, which surprised me because Lumos Duo doesn't have that same rough feel to it. What takes the cake is this next picture... 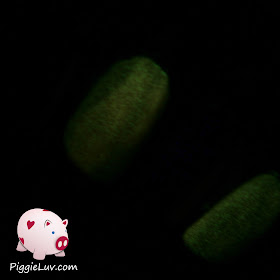 Yeah... this picture on its own looks like absolute crap ofcourse, but if you fit it into my experiments, you'll see the deeper meaning of it. Those two brightly glowing nails you're seeing? Yeap, that's Lumos Duo. Unfortunately, Lumos Maxima disappeared on the light-sucking pink OPI polish, so I'm glad to know it performs really well on blue and green polishes.

Okay, that was it already. Ahhwww I know! But you can check out the Polish Alcoholic Etsy shop, and also follow her on Facebook, Twitter, Instagram and Pinterest for swatches and updates of the bestest polish of all the land (the Netherlands, that is).

Thanks so much Sabrina, for sending me this polish and giving me the opportunity to test it out thoroughly!

I received Polish Alcoholic Lumos Duo in this article as a press sample for an honest review. Opinions expressed are 100% my own and not influenced in any way other than the quality of the product itself.
op 9:05 PM
Share